The final race of the 2022 Elvis League saw Eton Manor crowned champions in both mens and ladies team competitions. Jenny Heymann won the ladies competition, Simon Cottle was second in the mens, and Lee Milne won the ladies V40. From both race captains, a heartfelt thank you to everyone who took part in the league this year. Not just the speedy legs who scored the points; absolutely everyone who has been part of the club throughout the season. Every single one of you who has taken part in a race or training session has contributed to the clubs morale and confidence, which has been our trademark this year. We are only a little East London club, but we have always had a fantastic team spirit, and we are finally getting the success that spirit deserves. Congratulations one and all!

The Elvis awards ceremony is on Friday 21st October, details in the Elvis League facebook group. Please come along if you can, and share in the celebrations as we pick up our trophies! Up the Manor!! 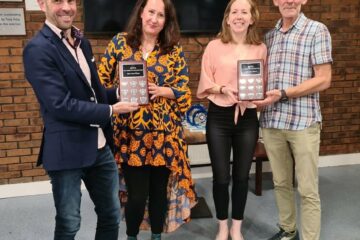 Our all-conquering Elvis League winners went to collect their silverware at the Elvis Awards night, hosted by H90 Joggers. Lee Kyson was kind enough to share some photos from the occasion. Well done to Jenny, Read more… 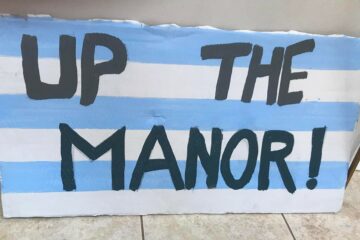 Eton Manor was represented by no less than 13 members at the 2022 London Marathon. Several cheer squads were on the route to support our runners. And didn’t they all do well! Some fantastic debut Read more… 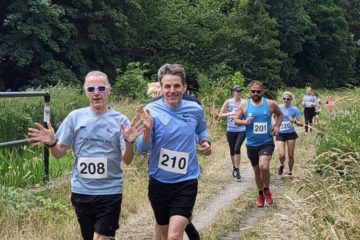 On 19th June 2022 the Eton Manor Association Fun Run made a welcome return after a break of several years. This charity fundraising event was a collaboration between Eton Manor AC and Eton manor Rugby Read more…

We use cookies on our website to give you the most relevant experience by remembering your preferences and repeat visits. By clicking “Accept All”, you consent to the use of ALL the cookies. However, you may visit "Cookie Settings" to provide a controlled consent.
Cookie SettingsAccept All
Manage consent

This website uses cookies to improve your experience while you navigate through the website. Out of these, the cookies that are categorized as necessary are stored on your browser as they are essential for the working of basic functionalities of the website. We also use third-party cookies that help us analyze and understand how you use this website. These cookies will be stored in your browser only with your consent. You also have the option to opt-out of these cookies. But opting out of some of these cookies may affect your browsing experience.
Necessary Always Enabled

Any cookies that may not be particularly necessary for the website to function and is used specifically to collect user personal data via analytics, ads, other embedded contents are termed as non-necessary cookies. It is mandatory to procure user consent prior to running these cookies on your website.